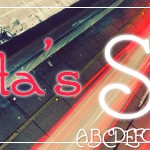 Christmas is almost here and we know that designers have tight deadlines for Christmas projects. We put together a list of awesome FREE Christmas fonts for commercial use that you can use in your designs for personal or commercial projects like holiday greeting cards, envelopes, postcards and any other fun Holiday projects you are working on. If you use any of the fonts listed, feel free to share a link to the artwork you did in the comments below! 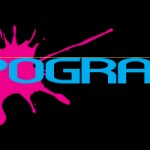 After you have read our latest posts about Typography, I am sure you are ready to get out there and start practicing and coming up with new Typography concepts for use in your designs. Now that you understand the difference between Serif and Sans Serif fonts, Kerning, Leading and Tracking and the principals of choosing fonts, we want to offer you a collection of websites that serve or link to [free] commercial-use fonts. The following 5 websites carry a vast array of fonts that you can use freely in both personal or commercial projects.

Remember, sharing is caring! Please feel free to link to your own typography tutorials or graphics that you made using fonts from the sites mentioned here today. Other designers may benefit or be inspired by your work so please share.

If you are using these fonts for a Print Project, feel free to call us at 1-877-mmprint or visit www.mmprint.com for a quote. We offer free shipping with all orders!

The Timbre of Fonts

Noun: The character or quality of a musical sound or voice as distinct from its pitch and intensity. 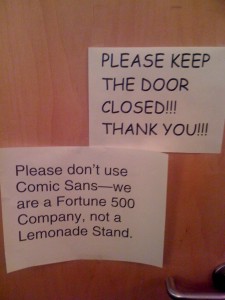 Choosing an appropriate font for a design is very important.  Like sounds, I believe that fonts have timbre.  They can be described as having intangible properties that normally wouldn’t be associated with type such as being dark, violent, happy, sad, rugged or loud.  With that in mind, a design will benefit by choosing fonts which possess the appropriate timbre or tone and will help set the mood the overall design is meant to convey.

The First Step to Choosing the Right Font

Once the idea is established, a designer will need to understand how that idea needs to be conveyed.  A few points will have to be established in order to  do this:

These are just a few of the questions, but much will need to be determined.  Sticking with the standard who, what, when, where and why will be the simplest way to deduce the how.

One of the best examples of both appropriate and inappropriate typefaces would be movie posters.  Movie posters need to grab attention and convey the timbre and idea of the movie very quickly. The posters will also have to be aesthetically pleasing at the same time. Since the movie itself already is the idea that needs to be conveyed, the imagery and timbre are already set.  The layout and fonts are what need to be established.  The design just has to focus around has already been established.

The “Cloverfield” poster has fonts that are similar to one you would find in a case report.  It supports the idea that there is a mystery or something can be classified.  The colors and blur on the text make it foreboding and also give the idea that this is science fiction and could be frightening.  After we switch the font to Comic Sans,  it turns into the box for a breakfast cereal; presumably one that is full of mystery.

I picked two other posters that I felt had appropriate font choice and design. The “Australia” poster has a turn of the century feeling to it.  The colors give off a very rustic feeling and communicates the idea of being outdoors and limited to technology.  The font itself expresses some sort of entertainment or adventure.  It is the type of font you would have found on an old show poster or travel poster.  This typography brings you to the outback or the wild west and prepares you for adventure.
The “Transformers” Poster’s typography is sharp and looks like cut metal. The font is strong and bold.  The combination of the colors and font give it a serious timbre and express action. The typography tells you “Hey, we got robots.” without actually saying it.

Understanding the project and a clear statement is what is needed in choosing the correct typeface. Once determined, the designer will be able to feel what would be right. The typeface is chosen before the search begins.

Please leave your comments below…

When a person thinks of typography, what would immediately come to mind? Thoughts of different fonts, editorials and designs involving typographic elements would most likely be the first to come to mind. All of these possibilities are both synonymous to and would each be a part of what is considered typography. Typography is anything having to do with typefaces and their arrangements; more specifically it would refer to creating a functional design using type in an aesthetically pleasing manner.

Typography in our Surroundings

Everyday we are bombarded with typography. Every street we walk down, product we use, and every program we watch on television. It is found everywhere and in everything we do.  Right below we have some prime examples of typography that are all from different times and very different places.  Finding new typography everyday can be quite fun.  It is truly interesting to see how a designer decides to accomplish a task using the layout of type.

Typography has become an important element in both print and web design. It allows designers to mix shapes and placement of letters and words along with the meaning that these characters represent in order to reinforce design and concept in a clever and unique way.
The type will be manipulated to convey specific points while moving your focus in a specific way around the design.  Typographic design is clean and direct.  Below I have a few found examples of typographic design which are aesthetically pleasing and display a point in a creative way. 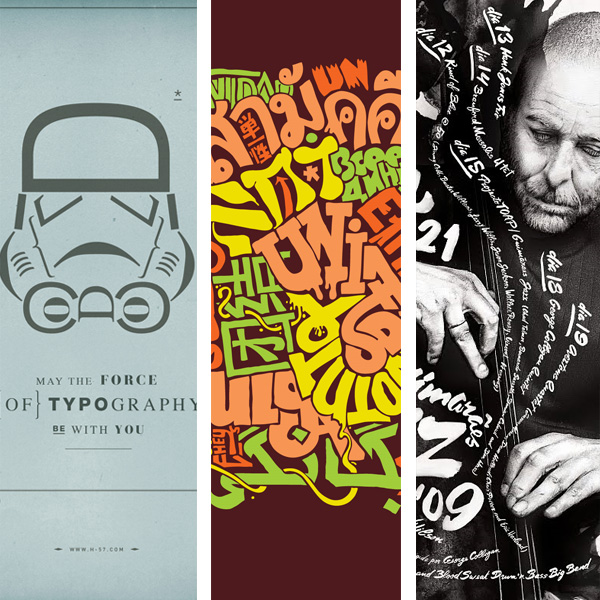 Typography has existed for a long time and is in everything we see. It is both useful aesthetically and practically for conveying an idea.  Using typography for these means just requires some imagination.
The art of typography has many facets, please subscribe to our RSS Feed or follow us on Twitter to stay updated when new typography articles become available.

After reading this post, what typography are you going to now notice today?

Please tell us in the comments section below…